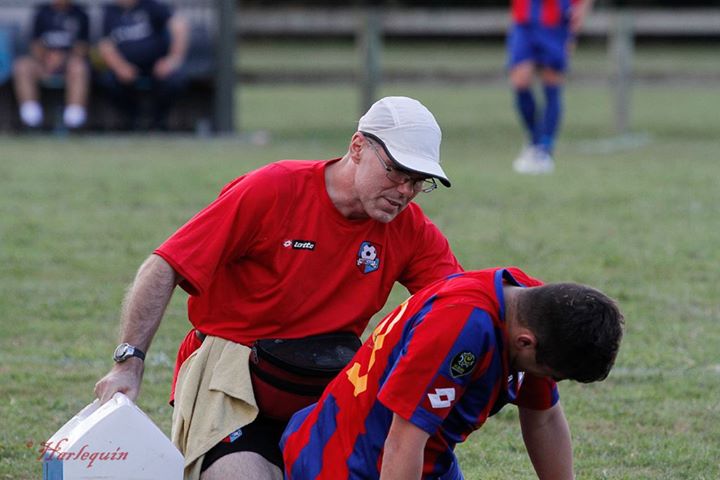 The first thing to think of is what does your end goal look like. The other important factor obviously is where are you now. Once these are known you can start planning how you are going to get there.

What we know from lots of research is that if we increase or change our physical activity too quickly our injury risk increases dramatically. That’s part of the reason we have a preseason. The preseason is there not only to sort us out into appropriate teams, but also to prepare us physically for the season ahead. Unfortunately for some, preseason means go hard out from the start to get in the best team. However, as they haven’t done much over the off season these people often break down with injuries.

So what’s the best way to get back? Lets use an example.

Taylor is a competitive rugby player. Taylor’s normal week during a season would be two team trainings, 2-3 gym workouts, a run, and a game over the weekend. This is now the endpoint we are aiming for. But how do we quantify this so we can build up to it. The easiest way is to multiply time verse effort to get a unit of exercise.

The next thing to work out is what is Taylor currently doing during the lockdown. Let’s say Taylor is doing well with some exercise at home. Each week recently there have been two  45 minute runs at 7/10 intensity (630). Taylor also has some exercise equipment at home and is doing a 40 minute high intensity circuit at 8.5 intensity(680). Finally once a week Taylor is going for a 90 minute bike ride at 6/10 effort(540).  This totals 1850 exercise units or 70% of where the end goal is. That’s doing pretty well for maintenance.

The next step is how we increase the load safely. Research tell us that an increase of more than 10-15% over a week compared to the average of the last few weeks is starting to increase the risk of injuries. Having just spend the last 8 weeks waiting to play the last thing you want to do is get injured at the start of your new season. Working by the 10-15% rule Taylor should spend the next 3 weeks or so building up the workload, especially with more game specific activities like training drills to get closer to the game week target.

The above example for Taylor equates to a 3 week preseason once full training is allowed before the season kicks off. Three weeks is a relatively realistic timeframe to get things up and going again.

However, imagine Taylor’s team mate Pat. Pat has been a bit lazy over the enforced break and only been doing a 30 minute circuit and a 45 minute run each week. Pat’s exercise quantity is therefore only 555 units or 20% of the final target. To keep it within safe limits Pat’s preseason should be more like 10 weeks.

Unfortunately, what we can never predict is who will get injured and who won’t as some bodies have more tolerance than others. However, on average if Taylor and Pat have the same timeframe leading into the new season Pat is way more likely to get injured.

So if you are keen to get back into your sport when we are allowed and you are Pat, I would advise to immediately but gradual start to pick up the amount of activity you are doing now, or you may not get to see much of the reduced season as you will be contributing to the economy by paying for your physio rehab.